After nearly five years and with 200 million users we’ve just had the first high-profile Twibel (Twitter-Libel) activity reported http://bit.ly/twibel. What might previously have been a disagreement in private or on the phone can now turn into public and expensive litigation.

So what? That’s what celebs do sometimes, eh? Well, no. It could be you, or your company,or your employees staring down the barrel of a major payout.

Princeton University’s search lexicon ‘wordnetweb’ defines libel as ‘a false and malicious publication printed for the purpose of defaming a living person’ which seems in line with my recollection of the BBC legal training I had as a journalist 20 years ago. 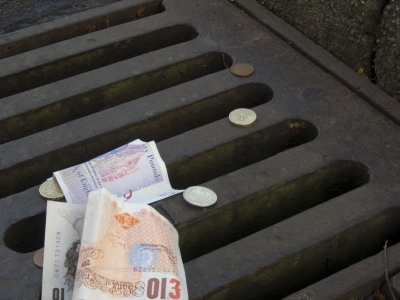 Social media now enables the ‘citizen journalist’ – that’s you and me – to publish whenever we want, whatever we want, without the oversight of an editor. There are no checks, no legal protection and the risk of being sued is the same that any media outlet faces. The difference is that most media owners employ people trained to spot potential problems before they’re published.

The age of the smartphone means that we can react instantly to something we see and make a comment immediately. Those 140 characters bashed out on a train, in a cafe or during a meeting in response to something we’ve just thought about could come back and bite you. So be careful before you hit ‘Send’.

And, trawling my memory of that legal training, I’m sure that the individual taking the action can choose to pursue the author and/or the media owner and/or the organisation the author represents. Presumably that might include your employer if you are using a company Twitter account or maybe if you’re tweeting in work hours? Be interesting to hear a legal perspective on that one.

So, think before you tweet. And remember that what happens on Twitter stays in cyberspace. For life. Deleting the tweet after it has been sent will not remove any liability as the search engines and scraping tools may well have captured your comments and stored it away.

Any advice?
1. Think before you hit ‘Send’. Take a break and leave it five minutes before you press the ‘publish and be damned’ button.
2. Don’t say anything that you wouldn’t be happy to say to the company lawyer if he/she was sat next to you as you typed. It might make your tweets a little less fruity, but it might just save your job – or the family home.
3. If you’re a company executive – get some protocols in place NOW in the business and use this case as a wake-up call to get your social media strategy under way.
4. Get some training and read up on the laws of libel – ignorance of the law is not a defence!

What do you do at the moment before you hit ‘Send’? Do you re-read and think about it – or just go for it? I would be keen to hear your thoughts…